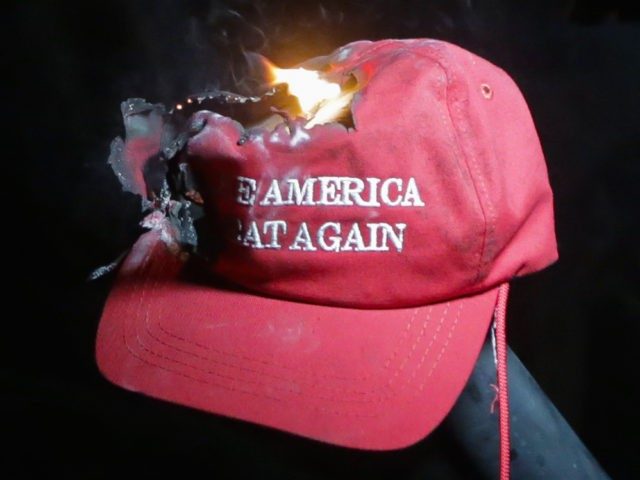 Look at how Trump’s base is holding his dumb ass to task, how they are on him every time he deviates from their agenda, when he falls short, when he tries to compromises with their political enemies.

Yall praised Obama for trying to compromise with our political enemies.
Yall made excuses for Obama when failed to deliver for the Black community.
Yall rationalized when he implemented policies that were harmful to the Black community and Africans across the Globe.

If yall were burning “Yes We Can” hats and telling Obama that if he didn’t tow the line that there would be hell to pay, I think Obama would have been more than just a fucking Symbol, more than a dutiful beuracrat, more than a whipping boy for the Republicans and the Tea Party.

The ONLY thing truly exceptional about Obama’s Presidency was his fucking skin color, and that’s a historical and a political travesty!

The bigger travesty is that you Obama Supporters don’t even realize that!

Yall still making excuses for Obama as he travels the world collecting payoffs for the services he provided to the White, Zionist, Arab, and Corporate Elites. SMH.

Trump will earn his place in history, not because he’s a Great Man, hell he’s not even a Good Man, he’s not even a Mediocre Man; Trump will be truly historical and Transformative because his supporters will force him to be, because they will keep the fire burning under his tiny Orange feet; which is something yall never did for Obama!

So, you Obama Supporters have Failed Obama as severely has he as Failed the rest of the Black Population.

Take a lesson from the Racist, Neo-Nazis, Zionist, White Nationalist, and all of the other Deplorables who put Trump in office; Politics ain’t about love; it’s fucking about delivering for the people who fucking put you in power! Nothing Else!

A little pressure from their base can turn a Negro into a Black man, at least. Remember the times make the man, and the people sustain the man!….or Woman at this juncture in history.