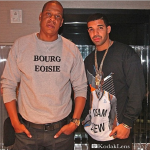 …what’s his position on the growing wealth gap, finalization of the economy; the fact that global capitalist economy rest on the shoulders of child labor, slave wages, destruction of all planetary ecosystems, and genocidal military campaigns to secure the world’s remaining fossil fuels?

…how many laws, constitutions, institutions, governmental policies, etc., has he authored or advanced?

…how much infrastructure does he directly own, control, and defend. Where is Jay Z’s defensive apparatus, can he independently (or with a group of Black Bourgeoisie) defend and govern the homes, lands, goods, ect., that he/they hold claim to, or is he/they dependent on the same White government, police, courts, and systems that the rest of us depend on?

…what is Jay Z’s ultimate vision for the world, how nations are to interact and conduct commerce, how is humanity to direct our collective efforts for the next century or more?

That’s the kinda shit that the Elite, the Bourgeoisie commit their time, money, and talents too.

Shit I wish there was truly Black Bourgeoisie, a Black Elite; from my calculations we ain’t had one since at least the 1600s, and we’ve never truly had a one in the US.

We’ve been producing pretenders (to The Throne) since the first old used Top Hat was given to a House Slave by his Master. Since then we’ve had Negros who had a little (or a lotta) extra shit (secured from Massa) flaunt it in front of us who ain’t got as much.

Oprah got a recent reminder that a Rich Ni@@a is still a Ni@@a, I though Gwenneth Paltrow reminded Jay Z and his ilk of that recently too, but I guess he didn’t get the memo.

I’m down to create African economy, industry, military, constitutions, and global agendas. I’m even down for the creation of a true African Elite (if that’s what we deem prudent).

I’m not down for superficial and illusionary Black Power.

Increased Consumption Capacity, or an Obscene Accumulation of Fiat currency don’t translate to Power (it can be a tool, or even a bridge to Power, but alone, it is not Power).

Money and Fame alone don’t make you a member of the Bourgeoisie. In fact, the true elite tend to shun fame and exposure. They def don’t advertise their status on their clothing.

Ultimately, the true Elite print the money, they don’t earn it.