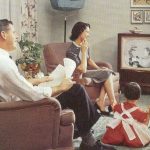 The middle-class are the worst segment of the population, they are the world eaters! They are the hyper-mega-monster consumers, they are the gun toters, the drone pilots, the child beauty pageant having, SUV driving, against their own economic interest voting, mainstream media believing, Reverse Racism Crying, Affirmative Action Demonizing, Victim Blaming, Scapegoating, Willful Ignorance Embracing, backbone of the Global Systems of White Domination and Oppression. Without them we wouldn’t have any Elites to contend with.

Just visit your local White Suburban Mall and observe, dress like a Uncle or Aunty Tom (don’t wear your African Garb or Urban Styles), you gotta blend in to see them in their natural habitat. You see the most destructive, empty, and pointless existence on the face of the earth: that of the White Suburban Middle-Class! I’d pity them all if they were not responsible for Genocide and Ecocide on a global scale.

I know you Afro-Pavlovians who were bred to protect White folks at any cost are ready to throw in your conditioned responses of how Blacks folks are like that too, but yall fulla shit. There is not one Black person on the face of this planet living a free and pure Black existence, even the damn Bushmen in the most isolated region of central African got Dioxin contamination in their flesh, they have had to adjust their native ways of being to accommodate White people. Black folks didn’t design this game, hell we didn’t even volunteer to play it. Whites force all of humanity to play their game and knocked over every other board on the table. So to quote Margaret Thatcher, “T.I.N.A.” (There Is No Alternative), but to live as destructive and absurdly as White people have chosen to do