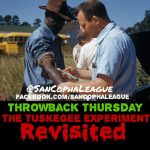 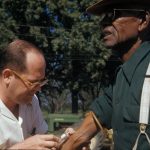 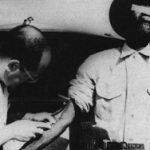 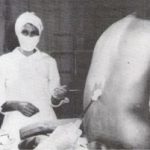 I’m not sure if you ever heard of the Tuskegee Experiment, but I won’t be surprised if you haven’t because it’s consistent with how White Supremacy tries to hide or down play the tragedies that were done in the United States!

From 1932 to 1972, for 40 YEARS, the U.S. Public Health Services conducted an “experiment” on 399 BLACK MEN with the syphilis virus AT FIRST. The Doctors told the men they were treating them for “Bad Blood” but in all actuality they were injecting them with the syphilis virus. The doctors also had no intentions of curing the men once infected with the virus. The doctors were using the illusion of “Free Health Care” to conduct their “experiments” at one point they were doing spinal taps on the Men.
At the end of the experiment, 28 of the men had died directly from the cause of syphilis, 100 were dead of related complications, 40 of their wives had been infected, and 19 of their children had been born with congenital syphilis. This is just further Evidence of how America has always targeted Black People!