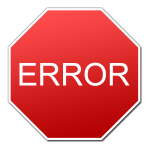 We’ve taken to calling Street Gangs (which have historically, always been a counter-Revolutionary forces), Street Organizations.

We’ve taken to elevating Pro-Ball Chasers (a.k.a. Pro-Athletes) to a sources of regional pride, we imagine that their victories somehow mean something to our blighted communities.

We’ve taken to seeing Preachers, Ministers, Pastors, and Imamas; people who’s expertise are in the Spiritual realm and the After-Life, as political leaders.

We’ve pushed education as a means to liberation and social elevation to Black youth for the last half century, but have spent more money buying concert tickets, building churches and mosque, on fashion, and toxic cosmetic products, than on building independent schools. (Note: These damn Charter Fools don’t count.)

We’ve taken to calling shit that don’t belong to us, that is against us, or totally irrelevant to us “OURS.”
-Our Country.
-Our President.
-Our Military.
-Our Music.
-Our Community.
-Our Leaders.
-Our Astronauts. “I heard some Negro saying ‘Our Astronauts,’ they won’t even let him near that plane and he talking ‘Our Astronauts.’ That’s a Negro who’s outta his mind.” – Malcolm X

We’ve taken to pretending that poor Ni@@as, Hood Rats, People on Welfare, People who lack education and have even less opportunity or social power, as the problem within the Black Community.

We’ve taken to pretending that the rich Negroes, who cooperate with our enemies and oppressors, who profit from and drive the dysfunction within our community, who benefit from mass incarceration, and the removal of Black youth as a political threat and as economic competitors, as the saviors of the Black Community.

I could go on, but I’ll stop here. We really need to make some basic and fundamental corrections, that’s my ultimate point.