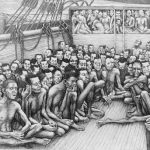 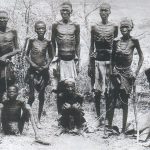 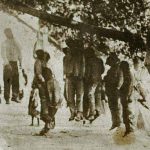 How do you get a People who once occupied their minds and time with building civilizations, mapping the cosmos, and developing methods of living symbiotically within the world’s ecosystem, to now occupy their minds with securing vast amounts of Fiat currency and spending it on shit made in sweatshops by malnourished slaves?

How do you get a People who constructed complex societies that didn’t have a want or need for armies, prisons, orphanages, or nursing homes to be so dysfunctional that they cannot even organize themselves to maintain proportional ownership of homes and business in the regions of a stolen land that their oppressors allow them to dwell?

How do you drive a People who not only mothered and fathered all the rest of humanity, but gave them their very humanity and culture, how do you drive them to feel so inferior that they seek equality with their own bastard, mutated children?

How do you get a people who created the very concept of god, who created hundreds of gods, who gave the world spirituality; how do you get those same people to not only accept the degenerate gods of their oppressors, but also to embrace the irrational religious dogma of the enslaver’s religions?

Answer:
By subjecting them to centuries of unrelenting violence and depravity, while robbing them of an understanding of, and connection to their history.