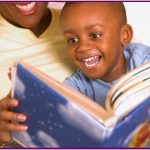 I’ve composed a Christmas Fable for all the little Black childrens:

“Before integration, White Santa refused to enter Black homes, so Black Santa had a secure and loyal base for the distribution of his toys, he was based in the tropics so he saved on heating and transportation cost, so he often came out ahead of White Santa in profits.

Dr. King and the rest convince him to use his popularity and wealth to push for Civil Rights and Integration, after the signing of the Civil Rights Bill, White Santa found out how lucrative Black Christmas was, and wanted in on the action, and why wouldn’t he, he was now forced by law to enter Black homes on Christmas eve, and Black consumers thinking they had been missing out on a White Christmas abandoned Black Santa for White Santa in droves.

But now, Black Santa works as the "Sub-Lead Executive Vice President of Toy Validation Services,” (a made up position) in White Santa’s Workshop, which allows White Santa get even more money through minority executive grants from the government.“

After you read it, ask the lil’ childrens, ‘what’s the lesson to be learned here.’