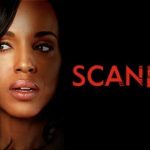 I wonder how popular a show that depicted a Jewish woman involved in a scandalous affair with a hansom and powerful Nazi would be among Jewish women.

Would the abuse that Jewish men inflected upon Jewish women cancel out the atrocities committed against Jewish women by the Nazis and clear a path for Jewish women to enthusiastically start making themselves available to Nazi men?

(I can only wonder because we will never, ever see such a show because some races/ethnic groups have power in the society, respect for the suffering of their ancestors, and the sense to regulate the images and themes that the media shows to their youth to allow such garbage to hit the airways…I suspect.)