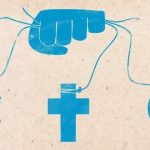 If you are not a full fledged Revolutionary, then you cannot claim to be a follower of Moses, Jesus Christ, or the Prophet Muhammad.

All three of these men opposed the established powers of their time, not just the Government Authorities, and the Economic Elite, but the Religious Authorities too. They were all on some Nat Turner, Harriet Tubman, Che Guevara, Malcolm X shit, every single one of em.

They had to go on the run, go underground, and even bust some heads, and none of them, not one of them every accepted the society they were born into, they rejected all of the established norms, they pissed off powerful people while embracing the dregs of their societies.

So you law abiding, rule following, church attending, authority respecting, non-risk taking Hebrews/Christians/Muslims are all fakers, are all pretenders, are all violators of the examples that were set for you by those you seek to emulate.

I’m telling yall, if any of them came back they’d be hanging out with dudes like me and BcdeAbasi, and Eric, and Ajamu. They would not be sitting in any of your Houses of Worship, or riding in yall paid up, fully insured cars.

Shit, these holy men might be in a Flavela, or in a Haitian slum, or on a Federal Prison cell block right now, and yall don’t recognize him because yall a bunch of fake ass bustas.

You need to find your local Radical, your local nationalist, or your local Pan-Africanist and support what they doin so you can receive the blessings your are seeking.

You cannot praise or follow a Revolutionary while submitting to corrupt authority.