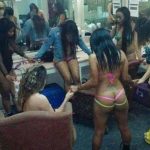 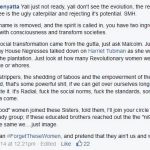 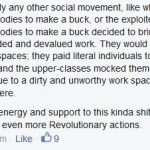 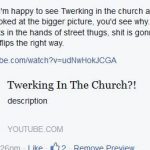 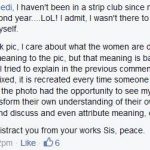 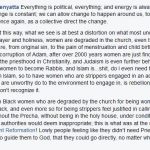 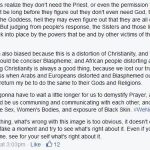 I can’t believe my eyes!!

I think our African Deities, Ancestors, and Spiritual Systems, and Values are slipping in through the black door (no pun intended) of these Alien Religions and Practices that have been imposed on us for centuries.

Are we shedding the demonetization of the Woman’s body, form, sexuality? Are we breaking the Europecentric aversion to exposure of skin? Are we returning to Gods who celebrate and even have sex, instead of these crazy Western Gods who have all male Angels, and only impregnate women though Immaculate Conception?

Do you see Sisters, who may are may not be fully conscious, sharing energy, strengthen, and support in order to endure what ever comes their way. Sisters who will no longer be shamed or separated from the rest of society because of their work?

I see Sisters who are no longer tricked into separating Sexuality from Spirituality. Will strip clubs evolve into shrines for the Worship of women and the female Deities; instead of Capitalistic business set up to exploit and objectify women; if this kinda shit keeps up it will, just watch.

Even as an Atheist, I see progress here, if they can do this, then how much more can they do and understand?

Now the brutal, sexist God is gonna have to come to them, they are bringing his anti-woman ass into the Strip Club instead of them having to go into his hypocritical houses of worship. Hell, if Jesus were here today, that’s where he’d be spreading his Revolutionary, anti-established Religion, and anti-Government word anyway, right?

Will we attack and belittle these Sisters and other women like them, or build with them, learn from them, and walk with them back to our culture?