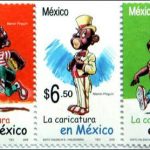 Before you Black folks continue to yell that “Black & Brown Unity” rhetoric, make sure you are making a clear distinctions between the Aztecs, Mayans, Inuits, Tianos, Arowaks, and the other Native Inhabitants of this occupied territory and the goddamn Conquistadors.

Yall acting like Spanish language and culture is native to this land, or that the Spaniards were any less genocidal than their English, French, German, and Dutch counterparts. Wake Up!

Stop trying to gain unity with those that despise you!