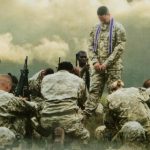 Islamic “Extremist” are no more violent and fanatical than everyday Christians and Zionist. They only thing that separates them is technology.

I promise you, if the so-called Jihadist had drones, aircraft carriers, and a billion dollar global media apparatus, they wouldn’t be suicide bombing, and yall wouldn’t be calling them terrorist. They’d be respected politicians and hero soldiers who are fighting to preserve freedom. That’s what having laser guided missiles and global propaganda can do for you; it allows you to do mass killings and still portray yourself as civilized and respectable, just ask Obama.

I can also promise you that if these red-blooded, All-American Christians who are overseas “fighting to preserve your freedom,” and the brave Zionist who were defending their “holy land,” lost all their military technology, their trillion dollar military funding, and their media was shut down, you’d begin to see them for the blood thirsty fanatics they really are. They would return to using primitive instruments of torture and warfare, they’d bring their terrorism home because they’d lack the funds to do their dirt abroad where they can hide their fanaticism from you people who want to remain ignorant of what they are doing in you name and in the name of your god.

So the difference between a Religious Extremist Terrorist, and a God-Loving Solider is one of PR, funding, and technology, nothing else.

You citizens of the First World are no different than the pitiful people in the so-called Third World who rally behind and support their murderous War Lords, except the Third World-ers know their leaders are fanatical killers who use religion to justify their actions.

I have the suspicion that you Good American Christians are gonna see what I’m talking about sooner than later.

As the US economy collapses and the American Empire begins the be pushed back all those trained Christian killers are gonna return to the “Homeland,” and impose the same repression on us that they’ve been imposing on the rest of the world. The Christian Extremist Chickens are coming home to Roost.