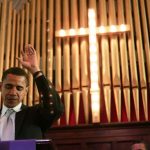 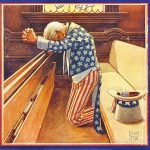 Funny how a nation of Christians have come to worship and pursue wealth after Jesus said that ain’t on rich people getting to heaven because it’s impossible for a camel to walk through the eye of a needle.

Funny how in a nation that’s just saturated with Christians we have so many poor and homeless people when Jesus’ primary mandate was to tend to the poor, hungry, and homeless.

Funny how in a nation that is dominated by Christians we have such a larger population of people incarcerated under inhumane conditions, when Jesus himself was convinced, incarcerated, and executed by the State, and he told his flock to forgive, forgive, and then to forgive again.

Funny how in a nation who proclaims to the rest of the world to be a follwer of the Prince of Peace is the world’s number one weapons manufacturer and distributor, a nation that has had fewer than 10 years of peace in its over 200 years of existence, and the Christian citizens do make no fuss about it.

It’s as if God and Jesus are not real to these Bible Thumpers, like the doctrine they live by is optional at best, and totally ignore-able when necessary.

From being raised in both the Methodist and Baptist churches and attending and graduating from a Catho-holic high school, and living with and among Christians all my life, I’ve yet to met a truly Christ-Like Christian.

Every single active, church going, choir singing, crucifix wearing, tongue speaking, daily praying, Bible quoting, Holy Ghost getting Christian I’ve even met has been as Christ-Unlike as a person could be, I swear.

Maybe that’s why Jesus didn’t attend church, or hang out with the religious in his day, because he had the exact same problem as me.