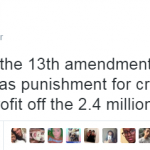 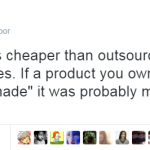 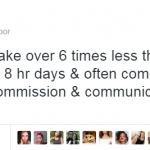 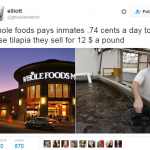 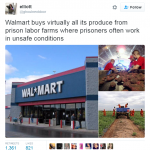 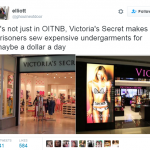 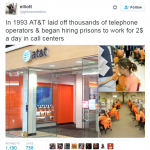 “Loophole” lmfao like it’s a fucking accident, like it wasn’t purposefully structured to reclaim and expand a source of free labor

We never outlawed slavery in America. We simply transferred ownership of slaves from individual landowners to the government and large corporations.

-Private prisons often have quotas with the states, wherein the states contractually guarantee that they will provide a certain number of prisoners to fill the beds of a private prison, and if they don’t then they owe the private prison millions of dollars. I’m not making this up. It happened in Colorado after they legalized weed.

-States have a financial incentive to lock up their citizens.

-All of the above corporations have a financial incentive to see citizens get locked up.

-This is why Jeff Sessions is going after weed. The prison industrial complex needs slaves.

-To the shock of absolutely no one, private prisons have even more disparate racial demographics than federal/state prisons.

-Where do you think they send undocumented immigrants who have been rounded up? That’s right, private prisons. That’s why so many of them are in the South. So they take immigrants who are earning some kind of comparable wage and paying income tax to the government, and put them in prison where the wages are absurdly depressed and the prison pays virtually nothing in taxes.

-Oh yeah: private prisons pay virtually nothing in taxes. Because they technically manage real estate (prison as housing), they get all sorts of tax breaks and subsidies.

Pretty much just watch the 13th

And read The New Jim Crow by Michelle Alexander!