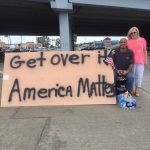 I know this will piss yall off, but there’s something we are missing.

This cat right here is an Uncle Tom, an old school Uncle Tom.  He will
not be at the Kwanzaa Celebration, he will not be in the Pan-African
Study Group, he will not seek leadership of any Black community
organization.  This cat here has professed his abandonment of the Black
community, and his loyalty to the Systems and Institutions of White
Domination.

This Brother is
worthy of our gratitude, because, like I said; other Nations have to
spend billions of dollars on agents and surveillance to find traitors,
to find out who’s seeking to betray the interest of their people.  We
have a whole segment of our population who proudly profess their
treason, who out themselves without any investigation.  This is a good
thing.  There’s no point in trying to “Wake Up” this “Brotha.”  We just
allow his owners to take full possession of him, and move on.

The real danger is the ‪#‎NewNegro‬.
The New Negro has the exact same mentality and agenda as the Uncle Tom
in this photo, but the New Negro will be at the Kwanzaa Celebration, he
will be at the Pan-African Study Group, he will seek leadership of
Black community organizations.  The New Negro will have a beautiful
Black wife, he will denounce Racism and White Domination, he will have
the best collection of African garb and artifacts, and he will have
traveled to African more times than any of us.  The New Negro will run
for president, secure 99% of the Black vote, announce that he’s bring
Hope and Change as he stands with his Black family, bring our mothers,
aunts, and grandmother to tears; and when he gets in office he will
advance the Empires agenda more aggressively and successfully than his
white predecessors.

The old-school Uncle Tom has been out of
power and leadership since the 1940s, yet we still tripping off of them,
allowing them to provoke us; while we support New Negros who have been
more successfully at suppression our people on behalf of the White
Elites than the Uncle Tom has even been.

If the Uncle Tom is a machine gun in the political and economic arsenal of our Oppressors, the New Negro is a nuclear bomb.

So please, don’t wast time engaging with these Uncle Toms.  Their
Masters will tend to him.  Let’s build internally and make sure our
internal house is in order.