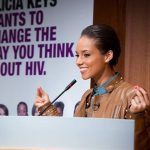 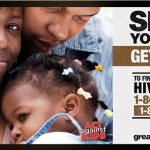 On the way home just now I saw about one dozen billboards in South Chicago about HIV and AIDS, encouraging our people to get tested, offering hope, telling us that being HIV+ is not a death sentence and nothing to be ashamed of.

Every single fucking billboard has Black models, or Black celebrates like Alicia Keys.

Now, I been knowing that this government, and it’s for-profit healthcare system don’t give a damn about Black people. So who the hell is investing so much money in AIDS awareness, HIV testing, and hiring Black models and celebrities to pose and push HIV and AIDS issues? That don’t seem fishy to yall?

Where the fuck are the Diabetes billboards. How many Black celebrities are out here raising awareness about the harm toxins in cosmetic products cause us, or how obesity is at epidemic levels for Black women?

Shit, at the same time I’m counting Black AIDS billboards, I’m tuned into NPR and they gotta story stating that over 20% of all Black South Africans are HIV+ with more than 400,000 new infections a year! Really, really,….really? When the hell we gonna start questioning this bullshit?!? How the hell Africans got these kinda infections rates when most African nations have a populations growth rates that are more than double or triple US and European population growth rates? Could that have something to do with the big AIDS push in our communities?

Please look up the research of brother Keidi Awadu on this issue, please. Tune into his LIBradio program. He’s produced some real intellectual ammunition to fight the AIDS industry with, and exposed their agenda every time.

Check out Gary Null’s documentary ‘Deconstructing the Myth of AIDS.’

We gotta stop being fodder for these genocidal maniacs in suits and/or lab coats.