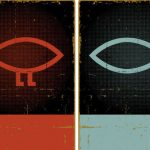 I attended a church service last Sunday, it was the first time in well over a decade. It was the same church that baptized me when I was twelve.

I openly and insistently observed and listened to every song, every prayer, and the sermon, which was title; “Following (God’s) Instructions.”

I have long concluded that the church, and religion in general provides for some unmet longings and answers many unanswerable questions for Oppressed people. Unfortunately in exchange for “addressing” those longings and questions, the church exacts a very heavy toll on our community.

The church locks us into thinking and behavioral patterns that make us ripe for oppression and exploitation. It also drives us to devalue what is truly valuable: the natural world, and give highest value to that which has no value at all: the ethereal fictional world in the heavens.

Religion allows us to passively allow the Global Elite to kill the world, while we imagine that the end of the world is God’s will and prophecy. That’s what’s most dangerous about these apocalyptic faiths.

As I sat and listened to the Pastor deliver his message I drew a couple of conclusion:

1. We who have abandoned faith for rationality, logic, and evidence need to give as much attention to community, comradery, and the emotional support of other non-believers, as we give to the intellectual components of life.
We need to feed the emotional aspects of the self as much as the intellectual. We need to create a viable and inclusive community for non-believers to dwell in and contribute to or we will never win “souls” (or minds) away from these oppressive religions.

2. We need to support those radical believers who seek to reform their faiths and purge the oppressive, apocalyptic, racist, and sexist elements from their religions. The Revolutionary believers are our allies and often offer better opposition to the established religious authorities than we skeptics do.
We need to begin to work in common with the those who practice Liberation Theology, regardless of their professed religion, or our professed lack of religion.

If we fail to get serious about this, the Corporate Elite who are raping the world the the Religious Leaders who tell us that it is God’s will that the world be raped and ended by fire are going to lead us all to extinction.

Our common ground is a love and desire for justice, our common enemy are those in authority who profit from despair and destruction.

I was part of a Black Freethinkers group a year or so ago, I’m going to work to revive that collective, and I’m going to begin to actively seek out people of faith who know that it is their role to bring justice to the world, not to simply wait for a Rapture.