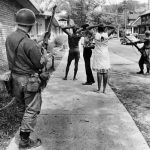 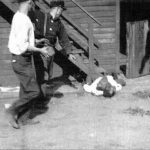 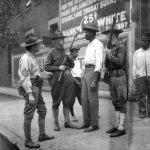 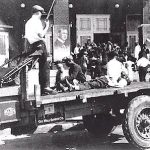 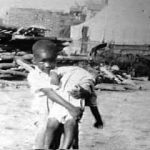 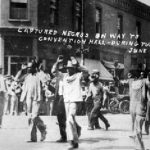 The American State and the vast majority of its White Citizens are as racist, blood thirsty, and genocidal as they were when they were clearing this land of its native inhabitants and kidnapping and bring our ancestors here in the most deplorable conditions imaginable.

They only reason they are not killing (the few remaining) Natives wholesale and burning our communities to the ground while shooting us and our children while we try to escape the flames is because….

1. The US needs to maintain the facade of being a lawful and inclusive nation in order to dominate the global economy through institutions like the United Nations, World Bank, and the International Monetary Fund.

2. The Natural Born Killers (NBK) have had a steady stream of 3rd Word Sand Niggers, and Slant Eyed Niggers, Banana Skirt Wearing Niggers (from the Caribbean), and just regular Niggers to bomb, rape, and kill all over the world since the end of the Us Civil War.
Yes from time to time, those NBKs that aren’t in the military or lack a passport will shoot down one of us in the hood, but they’ve managed to keep that at a level that we find tolerable.
Oh, and they still enslave us by the millions, they just use debt or criminal prosecutions to justify their actions instead of claiming it’s God’s will that they own and abuse us.

So, just as the money and oil that fuels the America’s Global Empire runs out, and the Fiat currency that this economy is based on finally collapses; rest assured that the days of Lynchings, Nigger Hunting, Rosewood/Tulsa OK style race riots, concentration camps, and the unyielding Blood Lust of the White majority will hit Black people in America with a vengeance.

What are we doing to prepare?

How are me any more secure now than we were when they had us all in chains, or were lynching us by the thousands?

Do we really think that the local police, or the US military and national guard are going to save us from any widespread assault on the Ghettos, and Hoods of America by the White Majority?

That’s all, you can get back to practicing your Twerking for the club this weekend, our planning which Ball-Chasers your are going to watch while you sip beer and yell at the TV.