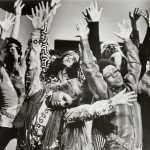 This is a friendly reminder to all my Vegan, Progressive, Environmentalist, pro-Sustainability, and pro-Communalism Africans out there…I’m one of yall so I can talk; oh, and this goes out to the color-blind, melting-pot, post-racial liberals too, I ain’t one of yall but I still can talk. LoL.

Don’t think that you can abandon Pan-Africanism or Garvey’s Race First principles in your efforts to Save Mother Earth. Beyond living on a planet that is being hyper-exploited an Elite, you are also a (genetic, historical, and cultural) member of a Race of people who are specifically targeted by this same group of Elite.

Our plight is different and separate from Whites, Asians, Indians, etc, even though we do have some overlapping interest and goals with some of these groups.

If we do not secure ourselves and Africa, we cannot be a valued ally to any other group, and we’ve been shown time and time again that we will most definitely be exploited and enslaved by these same groups if we fail to secure independent power and space.

Even your Non-African friends who are Vegan, Progressive, Environmentalist, etc. should not come before meat-eating, non-progressive, SUV driving Africans, because your fate will rest with that latter even if the prior succeeds.

If you don’t believe me simply check history. There are countless events in history where White Liberals/Radicals have secured Progressive victories and still left their Black allies in the dust, not to mention the Black masses.

The history is much too long to even go into but I’ll touch on it. Read up on Progressive Era, at the same time Whites were Trust-busting they were lynching our ancestors. Look at the Communist revolution, at the same time Europeans were challenging Class Divisions they were reinforcing Racial Divisions. Look at the American Labor Movement, at the same time they were talking that “workers unite” shit, they banned Blacks from joining the Unions. The COINTELPRO was conceived and implemented by many political liberals, and John F. Kennedy was as anti-Black as Ronald Reagan. Hell, even the Hitler Adolph was a Vegan, and the Nazis had an environmental preservation and public health program that would give any Leftist Hippie in America a hard-on, but all that Green thinking didn’t help to dissolve one iota of hate that they felt towards us and others.

Understand, even if the White Left wins and creates a Sustainable Utopia, that don’t mean that they don’t intend to be in charge while we are left to scrub the industrial compost bins.

If White Liberals, Chinese Communist, Indian Technocrats, or a Radical Leftist Movement out of Latin America usurp the power from White Capitalist, that don’t mean we are gonna rise or have our conditions automatically improves.